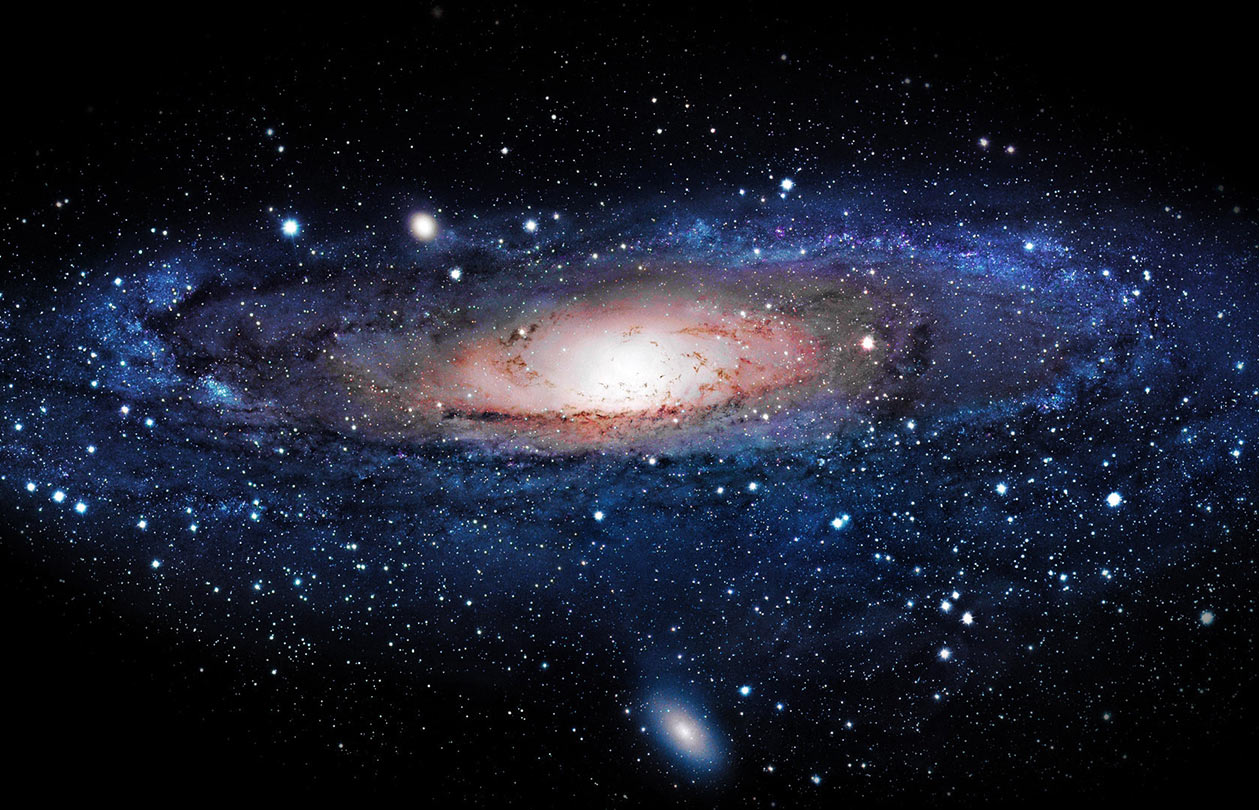 The world Tachyon comes from the word ‘tachy’ which means rapid or fast and the word ‘on’ is the particle or ion. They were introduced for the first time by physicist Arnold Sommerfeld in the year 1968, and named by Gerald Feinberg. These are sub – atomic particles at zero-point energy which is formless. These are theoretical particle traveling faster than the speed of light in the quantum field which is not able to be measured by the hertzian frequency spectrum. This is why these particles have a space like four momentum rather than normal particles which have a time like four momentum. Tachyon particles are the very first structure to come out of a non-structured. It is the source of everything, all subtle energies and all realms which are part of the energy continuum. Tachyon particle infuse physical matter with spiritual light. Also known as or referred to as 9 ether energy or energy of source which is Energy at its complete state. Tachyons are the source particles from which whole universe originates.

It’s the fluctuation of the electrical field energy embedded within the fabric of space. It is found at 0 degrees which not only the temperature of space but also when molecules stop movement. It is at the point when energy is infinite at its source and can be accessed bio-energetically with technologically

A good experiment proving the existence of ZPE is accomplished by cooling helium to within micro degrees of absolute zero temperature. It will still remain a liquid. Only ZPE can account for the source of energy that is preventing helium from freezing.

Nikola Tesla, predicted the existence of zero- point energy by stating, “Throughout space there is energy. Is this energy static or kinetic? If static our hopes are in vain; if kinetic – and we know it is, for certain – then it is a mere question of time when men will succeed in attaching their machinery to the very wheelwork of Nature.”

The vacuum in space is made up of virtual electromagnetic energy, even at zero degrees absolute.  Super space consists of pure massless charge flux, pure scalar waves.  If compacted this energy density of the vacuum is enormous. Every cubic centimetre of empty/ vacuum space which actually isn’t empty. Contains more energy than all the matter in the known universe. In the vacuum state everything is disintegrated, but highly dynamic.  The vacuum is not an emptiness FILLED with massless charge, in fact it Is identically massless charge (disintegrated dynamicism).  It is a PLENUM, not an emptiness.  It is also pure, undifferentiated action

When you look on the periodic table, the lightest element is hydrogen. When you go further down the elements become denser and the frequency changes. Tachyon is in fact lighter then hydrogen therefore it’s unable to be measured in the same way as it doesn’t have a name, density or weight or form. It comes from density of space, the vacuum, when it reaches this earthly plane it slows down it frequency to the speed of light and it becomes hydrogen which is the lightest element we know of. Tachyon’s vibratory frequency goes beyond the physical plane and beyond the visible physical light spectrum. According to the trichromatic theory of colour vision, there are three receptors in the retina responsible for the perception of colour. One receptor is sensitive to the colour or green, another to the colour blue and a third to the colour red. These three colours can then be combined to form any visible colour in the spectrum. Our reality is perceived based on this colour spectrum which our retina takes in. Tri reflects 3-dimensional reality or 3d world we live and experience within. Tachyon is beyond this spectrum, hence why in science they call it a hypothetical Particle with imaginary mass. Like the example of the radio. Radio waves always existed but it wasn’t confirmed until a radio was built and was able to tune into the different frequencies for us to experience them. All physical elements have a metaphysical counterpart before they even became physical. Tachyon is that counter part because the information it contains is inherently perfect. Tachyon energy is the gateway back to Zero Point energy. Unlike any other frequency. All frequencies are just part of the whole, parts which make up the Zero Point energy or the perfect state. All frequencies are limited in their specific effects. Tachyon is totally non-specific. Tachyon really doesn’t have any effect in and of itself. What Tachyon does is give our organism, our body, our subtle bodies the chance to produce whatever effects it needs. Since our bodies are extremely intelligent, it will always produce the effects that will amplify or expand the bodies to its optimum frequency so optimum health, physically, mentally and spiritually can be maintained. The two limits that we find confining all other forms of energetic medicine just don’t apply to Tachyon because Tachyon energy is not limited to any particular frequency. Tachyon cannot be influenced by any other frequency because it operates beyond the speed of light and not at the speed of light. It is not subject to the gravitational pull which makes energies attract and stick to one another. Therefore, all problems mental emotional and physical can be affected positively by Tachyon energy

Another Example of what Tachyon energy is nearest to what you may have experienced; In meditation, when people sit still, the mind begins to shift power, from mind to awareness. Eventually a stable still point is reached whereby Both the body and mind becomes calm and quiet.

The erratic nature of the monkey mind slows down sitting comfortably in the nature of awareness. This primordial awareness is equivalent to open space; it is open but in contrast to being empty, it is charged with potential. This is the seat of where Tachyon Energy resides.

When we quieten down the activity of the body and mind, we come to the energetic open space of freedom, human potential, healing, the return to the unconditioned state and full subtle power. This level reached through the method of meditation, by bringing oneself into personal still point. The point of release and reconnection, the reaching of this state for health purposes can also be referred to as practice of zero-point healing medicine. Advanced and awakened teachers can see the need for this, especially in this time in history. To help assist in destructive tendencies and physiological disturbances which tend to be the foundation whereby most people’s thoughts, words actions and reality have been created from. This zero-point personal self-connects us directly to the hyperspace source. The vibrational and radiational quanta in matter the psyche is not separate from this. As the axiom goes as above, so Below. Tachyon energies begin to heal this and accelerate the person in their growth both mentally and spiritually. Holistically repatterning takes places enhancing creativity, imagination and inspiration. Internally one is reconnected, aligned and Balanced in our emotional mental and spiritual domains swimming in pure awareness we then open the gateway to new possibilities. We suddenly feel in our own rhythm and aligned with the cosmos. Allowing divine source energy or zero-point energy to flow within us and around us making our potential once again to become a reality.

Most tachyons originate in the Galactic centre and travel from there throughout the galaxy coupled with high energy cosmic rays. Ionosphere, a protective layer around the Earth, absorbs those cosmic rays and tachyons with them. Therefore, very few tachyons reach the surface of the Earth.

The Tachyon chamber we use serves as a focusing lens for tachyons which are received into the chamber through a hyper dimensional wormhole, which originates in a quartz oscillator crystal which we have put through the Bigelow aerospace company on their Genesis II orbital station, far above ionosphere, where the oscillator crystal can receive vast quantities of tachyons.

Tachyon energy accelerates spiritual development by Activating the Pineal Gland or what we call the third eye. It Allows for release of emotional and mental blocks heightening physical and spiritual awareness. Mediating with a Tachyon Plate will allow you to deepen the experience of your mediation. Tachyon physically assists in heightened visual and audio abilities. Positively protects an outer body experiences. Tachyon energy allows you to very quickly align with your purpose by teaching and guiding you thru transmission of knowledge via meditation by raising your frequency so you are able to tune in to higher levels of consciousness.

Tachyon energy restores your chakras and meridians to zero point. This accelerates the capacity for your body to heal faster from dis-ease or illnesses. Tachyon increases physical and mental Stamina making you feel rejuvenated and well balanced. This will profoundly affect your DNA by activating the dormant disconnected genetic code to once again begin to function allowing you to be more of who you really are. It’s also Amazing for any bodily pains, anxiety or depression as well as mild detoxification.

Tachyon plates Imbued with Tachyon energy are great manifestation tools. They have the ability to amplify your goals and desires when you place those intentions whilst meditating with the plates. They also amplify the crystals attributes, if you chooses our crystal infused paints. Tachyon plates are great for healing practitioners in their healing work. If a small plate is placed near your money, it has the ability to tap in and open up the field of abundance further bringing you more. Tachyon plates should be used to announce and further amplify your goals. Most importantly Tachyon Energy is a great EMF harmoniser.

If you would like your resonance plate tachyonised. Then you can add this service by visiting our Accessories and Services section.

What does each plate mean?